michael crichton's pop art collection has gone to auction & it is amazing. for those of us who may never own priceless works of art, it's a chance to absorb artists that changed the world. regardless of your like or distaste of crichton's career, he did amass one of the more stunning collections of modern art.
jasper johns', flag (1960-66), is probably the most priceless of the works. however, roy lichtenstein's, girl (1968), david hockney's, the field entrance, january 2006, picasso's, femme et fillettes (1961) & a pair of rauschenberg pieces, studio painting (1960-61) & trapeze (1964), among numerous others, make this collection worthy of jealousy.
the 31 pieces initially auctioned sold for $93.3 million. flag fetched a record $26.8 million. the previous high for a johns work of art was $17.4 million (figure 4). another allotment was auctioned (117 pieces) under the title, post war & contemporary art.
with the declining health of our ecosystems, the constant devastation of war, oil spills, earthquakes, corrupt big business & phony politics, one might ask, "is art really worth that?" there are countless ways in which that money could have been spent - on humanitarian efforts or environmental concerns. regardless of the astronomical prices, everyone has the right to spend their money as they see fit. it is a bi-product of freedom, albeit financial freedom. comparatively, i'd rather see inspiration & creativity being sold & owned for millions, versus the trillions of dollars being spent & stolen by the powers that be on corruption, pollution, lies & death tolls. art will always serve the public, as a reminder of the past, the pursuit of what is contemporary & what may happen in the future. no matter who owns art, creativity & inspiration are owned by all. those aspects of life & culture that stimulate others without harming the rest of us are worth far more than any auction by christie's.
no one except the artist truly owns the art. we as viewers perpetuate the dialogue & interpret its meanings individually & sometimes collectively. it's similar to music needing listeners to complete the creative circle. art needs to be absorbed. whether or not we see it as the artist did is not important, nor is the ownership. it's the interaction, the stirring of the soul & the ability to inspire that is of most importance.
eightychoices. 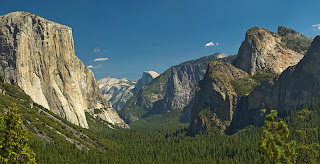 after having some great friends visit me from afar, i realized that this nation & our pursuit of self through journeying, is inextricably linked to our country's majestic nature. the natural spaces of this country are worth more than any human derived wealth the world over.
john muir was a pioneer on so many levels, he's an inspiration. he was closer to being one with nature, more akin to the thought processes of the native americans. without individuals like him, we would never have the gift of national parks. he was experiencing the pristine world surrounding him. thank you for opening up this nation's consciousness to the outdoors & helping to preserve it. no where else in the world do you have such priceless tracts of land being owned by the populous, only here, in america.
i sometimes wish that i was on a nonstop journey, filled with awe & becoming connected to what is truly real. upon reflection, i remind myself that life is this great journey. we all need to spend more time appreciating our natural wonders & national parks. the native lands untouched by manifest destiny & the people of america are our greatest assets. we are so blessed to live in such a diverse world. those of us in CA are especially rich in nature. go out & find yourself, get lost, or talk to the trees & rocks as you walk through purity, as john muir did. there is more of us, in the outdoors, than in all the rest of the material world. the journey is the destination.
if you have an opportunity to view ken burns, the national parks: america's best idea, i strongly suggest viewing it. this is a snippet of its offerings.
~eightychoices
Posted by 80choices at 10:08 AM No comments:

if you have yet to explore the music of ok go, i suggest a listen. their new album, of the blue color of the sky, is a nice testament to the progress of modern pop rock. i'm pretty sure they prefer not to be pigeon holed by a genre. however, their soundscapes are just far too capable of grabbing onto you & infectiously keeping you locked in. there's a swagger to this four piece & they won't let up. catch them on tour now. they play the fillmore in san francisco on may 26th. hopefully you dig 'em?

Labels: eightychoices, fillmore, of the blue color of the sun, ok go

two of the coolest cats to call new orleans home will be teaming up at the hopmonk in sebastopol. the well traveled anders osborne & big easy native, stanton moore, have collaborated in the past & are now on tour together. their show is wednesday night, may 12th.
stanton seems to be everywhere lately, leaving his mark on all sorts albums. garage a trois' newest, power patriot, came out earlier in the year in which he drums along side skerik, mike dillon & marco benevento. he plays in the band dragon smoke, (featuring eric lindell on guitar, ivan neville on the keys & robert mercurio on bass) which made an appearance at the hopmonk back in december & is rumored to be working on an album. then there's the latest installment, ya-ka-may, from the funk machine that is galactic. and yet, amidst all of that creativity he managed to drop his solo record, groove alchemy. not to be outdone, he produced anders' latest record, american patchwork, for alligator records. that's how those who are that gifted roll i guess? thankfully those of us in tune with the true & real music of contemporary america can tap into these artistic treasures. thanks to NOLA for making great music, while preserving & passing down its robust culture through narrators such as these. make it out to the abbey for some killer tunes & fine ales, you don't want to miss this! see you there...
~eightychoices
Posted by 80choices at 1:00 PM 1 comment:

the fresh part of waking up... 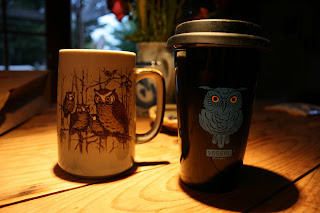 in the sleepy realm of morning, when only your eyes are partially working & the thought of work turns you off, nothing appeals quite like coffee. good coffee is almost worth waking up for. i can think of some other things that would make this list, but they will remain unmentioned. if you happen to live in the greater bay area, than you may already have a favorite roaster in your hood or on your route. some of the top roasters in the nation call california home. there are sure to be others, yet here is a small list of roasters worth mentioning...
in the metropolitan bay area there's four barrel coffee & ritual coffee roasters, both in sf & bluebottle coffee co. in oak town. when in santa cruz, check out verve coffee roasters. north of golden gate the list grows long, so i'll focus on sonoma county, which has a plethora of quality roasters. in the west county you have taylor maid & sunshine. in the confines of santa rosa you have a'roma roasters, flying goat, & ecco caffe. a bit further north up the coast is thanksgiving coffee co.
so when you need a cup of joe, think of the local roasters. they aim for the highest quality & strive for social justice. reduce & reuse by bringing your own mug, it's more fun that way. keep in mind that world wide, coffee is second only to oil in terms of a traded commodity. so if you have to wake up, indulge in a good cup of coffee. not only will it taste better, it feels better.
~eightychoices
Posted by 80choices at 9:14 AM 1 comment: