The Sonoma Humane Society and Lagunitas are teaming up for an event to benefit animals at the shelter. Bring your woofer and enjoy live music and tasty libations. This event begins at 5:30 and runs until 8:30pm. Tickets cost $20 and includes your meal, photo booth debauchery, plus a chance to win some cool prizes. Help support our local Humane Society, which is awesome by the way. All beer and wine proceeds will go to Sonoma Humane. See you at the Hops & Hounds event Tuesday, June 30th. Tickets will be available at the door or by clicking here. Enjoy.

eightychoices.
Posted by 80choices at 11:48 AM No comments:

Rock and roll is not dead. It resides in the lesser known avenues of current music. One such place of refuge is Houndmouth—dare I say Indiana's finest? All four members are able to take on the roll of vocalist, reminding me of The Band. Their catalog is still growing and yet their young canon of songs are somehow familiar. I liken their brand of songwriting to that of Tom Petty. High praise for quartet still carving a path.

Their level of confidence has risen since the last time I saw them. They seem more comfortable on stage, especially the unsung guitar hero and bassist. Over the course of the evening we were treated to a balanced serving of songs from both albums—blending the night's energy well.

The first song, "Black Gold," is from their recent release, Little Neon Limelight. The vocals were impressive. Soon thereafter they blitz the crowd with "15 years" and "Comin' Down Again." Both numbers were straight-up rock and roll. The guitar work on "Palmyra," and the prancing for that matter, was very Prince-like. Then came the shred. "Casino (Bad Things)" was just a blistering wave of clean, powerful music.

If California's burgeoning agriculture scene needed an anthem, it might just be "Sedona." With a chorus of, you've got the cash but your credit's no good. Ya flipped the script and shot the plot, it seems to fit the bill. The buzz of the organ felt cool like a breeze, juxtaposing the hot guitar riffs. This one was a highlight of the set.

Matt Myers ability became fully apparent during 'Darlin'. For those of us who hanker for effortless guitar chops, this guy can bring it. "Say It" reminded us all to, say it like you mean it. Closing out the mega-set was, "My Cousin Greg." I'd like to think I'm living a life based on this songs' mantra—if you want to live the good life, you better stay away from the limelight.

Matt returned to the stage by himself for the first encore, performing a candid version of, "For No One," another one of my favorites. The rest of the band came out for "Houston Train." The lyrics of this song feel like mistakes made when you don't have what you want. Houndmouth ended the night with a classic from 1961. Dion's "Runaround Sue" sent the Great American crowd into the night on a nostalgic high. They pushed us into having fun, taking us places that were both new and classic.

Bridging the generation gap on his debut album, Coming Home, Leon Bridges is breaking new ground in yesteryears' sound. The title track leads off with feeling, warmth surrounds what you're hearing. I felt it as much as I heard it. On the next track, "Better Man," he tries to sooth, singing, 'I'd swim the Mississippi River, if you would give me another start.' Those words juxtapose nicely with the do woo of backup singers. Other songs pull instantly on the personal strings of nostalgia. One of those coaxing elixirs is "Lisa Sawyer," another is the final track, "River." This Record drops June 23rd. Don't be late in experiencing young Mr. Bridges deeply rooted American music.

eightychoices.
Posted by 80choices at 10:23 AM No comments: 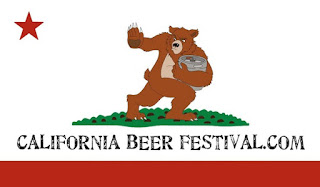 Do you enjoy beautiful scenery, epic beer and nice weather? Of course you do, there's probably something wrong with you if you don't like those things. Therefore, if you have an extra $50, maybe there's a trip to Marin in your future—so you too can drink and be merry. The California Beer Festival takes place at Stafford Lake in Novato this Saturday. (1:00-5:00pm). Drink Responsibly.

Friday night live is a weekly event at the Plaza in Cloverdale. These free concerts begin at 7:00pm. This summer's lineup hosts a plethora of artists, most are local, some are well-known. Thanks to the Cloverdale arts alliance for curating such a cool endeavor. The farmers market accompanies each live show, getting under way at 5:30pm.

This Friday (June 19th) JP Harris & the Tough Choices play their own brand of Nashville country. Some of the other artists I'd like to catch are Sister Sparrow & the Dirty Birds (July 3rd), El Radio Fantastique (July 10th), The Stone Foxes (July 17th), Orgone (July 31st) and The Mother Hips (August 7th). This weekly series runs through September 4th and is often sponsored by a winery or vineyard. Free music is worth the drive.

eightychoices.
Posted by 80choices at 1:37 PM No comments:

Thank you San Diego, your bounty runneth over. AleSmith Brewing Company creates a flavor profile in their X-Extra Pale Ale that could lead to addiction. It may have an appearance that is light-gold when poured, but don't let its looks fool you.

A crisp cleanliness is produced in color and taste. There's a grainy quality that works in cooperation with the slight hop bitterness and notes of citrus. The X-Extra Pale Ale is a strong candidate for representing what an American pale ale should taste like. Locally I'm able to score this delicious ale in a 22 ounce bottle. 5.25% | 35 IBU

eightychoices.
Posted by 80choices at 1:37 PM No comments:

Tickets are available for Treasure Island 2015. Shamir, Father John Misty and STS9 are the acts I'm most excited to see. Run the Jewels and The War On Drugs are interesting enough to check out as well.

I've yet to attend this festival, maybe the only one in the Bay area I haven't taken in. This year I'll definitely be attending at least one of the days, if not both. Ticket prices are a little steep ($150) for a two-day fest with such a limited amount of artists. Hopefully that translates into longer set times, or the eventual release of one-day tickets. Keep in mind the need for transit, parking costs $80 or you take a shuttle, I'll be taking the shuttle. See you in October.

eightychoices.
Posted by 80choices at 9:52 AM No comments:


For a city that has its own type of drought, there's a kid from Akron playing for reign. His three game averages are 41 points, 12 rebounds and 8.3 assists—keep playing harder. Go Bron. BelieveLand.

eightychoices.
Posted by 80choices at 9:04 AM No comments:

Game 3 of the NBA Finals is tonight. The Cavs have shown that defense and rebounding travels. LeBron has been going off, averaging 41.5 points, 12 rebounds and 8.5 assists. Read those numbers again. Below are some quotes from the journalists covering these games.

"A half-dozen maulings at the hands of Andre Iguodala...but Iguodala committed uncalled reach-in fouls on almost every LeBron drive in crunch time." & "Green held LeBron down on a jump ball with 45 seconds left in overtime and somehow got away with it." - Zach Lowe

"No other player in the league could drag this team where LeBron has dragged it. There may be only three or four guys in NBA history who could have done it." - Zach Lowe

eightychoices.
Posted by 80choices at 10:49 AM No comments:

A former national IPA champion, Workhorse exemplifies the NW's epic beer scene. Laurelwood Brewing Company out of Portland should be on every one's list. The first thing I noticed was its potent scent. Once poured the copper color reveals a faint sweetness below the white foam.

Three types of malt help to fuse some luscious notes into a blend of hops which include Citra, Galaxy, El Dorado and Columbus. This odoriferous medley is added to the kettle and again during two separate stages of dry hopping. Having had this only once out of the bottle, I look forward to savoring it the next time. Be on the lookout for Workhorse IPA. 7.5% | 80 IBU

So Far So Good

The midway point marks the start to summer and another installment of so far so good, the biannual list of my favorite albums. The records below have been released in this calendar year and have been getting serious airplay on the home stereo or in my headphones. I will follow-up later in the fall with another batch of choice selections. Thanks to the recording artists for making such a rich music scene, so far. So good...


A great record that came out early on in 2015 (Feb.10). Back to back tracks, "When You're Smiling and Astride Me" and "Nothing Good Ever Happens at the Goddam Thirsty Crow," sound more like novel titles the song names. These two tracks are the midway point of the record, for me, the heart and soul. "Holy Shit" is another favorite of mine on Honeybear. The track below highlights his new-found diversion into modern pop sounds, different, needing the second chance.

Spacebomb records' maestro, Matthew E. White, has again crafted a polished album—monitored to his liking, but not lacking soul. In my opinion, the most rocking track is, "Rock & Roll is Cold." The rhythm section keeps it cardiac quick, aided by sweet backing vocals. Following that number is the easy pulse of "Fruit Trees." The track below stirs the soft sounds calmly. Released on March 9th.

Somber, striking, and more honest than the average effort. It really reminds me of the piercing words of early Randy Newman. Truth can be hard to share. On Goon there is plenty of that candid story telling, a lot of thought, and things that needed to be addressed. I like the entire album, start to finish. Give it a good listen.

"How Could You Babe"


The funkiest tracks make me want to dance (one of them is below). Sound & Color goes way beyond reflecting genres, they carve their own way. This record drips in diverse sounds, crafted and raw, making each song memorable. Thematically it's some kind of wondrous blend of Led Zeppelin and Motown. The recording is masterful, whether it be the warmth of the instruments, use of vintage equipment, or the maneuvering done in production. A+


An Indiana band with an independent sound. I wrote about them in 2013... Little Neon Limelight doesn't ease off the American tales that sharpen the view through a greasy lens. Rocking from the start with the single, "Sedona," they never give the listener a chance to leave. I also get really hooked on the final cut, "Darlin'." Catch them live June 23rd at the Great American Music Hall.

From Michigan, to France, New York, then LA—Strange Trails. The Lake from which they draw their name, also feeds into the influence it had over band founder Ben Schneider. This album is their second installment and has a melancholy undertone. Lyrically the songs feel right. Lord Huron seems capable of continued ascension. Songs of living and loving always feel right when the music matches the sentiment.