Pennsylvania is in the house, or cabin rather. Recently I received some awesome gifts from a friend who had traveled back east, which in turn was beneficial for my beer habit. Two of these Hop-pops were from Victory Brewing Company. One of the delicious 12 ounce gems was a first-time release from The Blackboard Series, an agave IPA with grapefruit, bottled in 2016. The other was DirtWolf, Victory's Double IPA.

A classic IPA aroma jumped from the bottle when we cracked this first-ever release. Regardless of the grapefruit and agave the nose stays true with a clean, hop-forward scent. An invisible head fades away atop the slight carbonation. There's a crisp mouth feel, satisfyingly clean with yellow hues dominating in clarity. A faint sweetness gives way to a friendly dose of bitterness. Agent M, My partner in crime, commented on how smooth it was with a nice fizzy quality up front. Most likely a tough find out west, but if you do see it, grab a six pack of these tasty warm weather helpers.

DirtWolf DIPA | 8.7%
Victory has it down when it comes to the DirtWolf. Besides having one of the better names it also hits the mark when it comes to American/West Coast DIPA's. The cleanliness of hops wins out over a super slight two-row malt interaction, or lack there of. DirtWolf is for the hop heads. This was my first time enjoying it out of the bottle. It has a strong trail of fruit that pushes at the daunting hops. The nose is full of expectations. This double is a transparent school-bus yellow, encompassing a neat bitterness that strikes early, while finishing easy. Drink responsibly.

eightychoices.
Posted by 80choices at 12:27 PM No comments:

The Berkeley Rep has taken on one of Shakespeare's many epics; this time it's Macbeth. Performances began February 19th and run through April 10th. Holding the audience will be none other than Frances McDormand and Conleth Hill, better known as Lord Varys from Game of Thrones. These two are no strangers to live acting and the direction is lead by Daniel Sullivan, whom the NY Times hails as the, "go-to guy for Shakespeare." The ensemble is a collection of extremely talented stage actors from the Bay Area and elsewhere.


Beyond the exceptional cast and award winning direction, expect an other worldly stage design and topnotch costumes intermixed with effects and lighting. Anticipate a running time of two hours and 30 minutes in addition to the intermission. Tickets range in price from $45-$145. This will be an experience you won't want to miss. See you at the show! 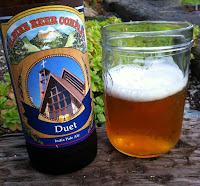 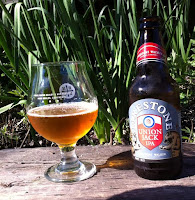 eightychoices.
Posted by 80choices at 10:18 AM No comments:

Only in the NBA

Zach LaVine, eventual repeat champion, and Aaron Gordon gave the NBA its best dunk duel ever. On a side note—please tell me the T'Wolves are going keep the trio of Lavine, Wiggins and Towns long-term, please.

eightychoices.
Posted by 80choices at 12:41 PM No comments:

The California Academy of Sciences is a resource that all can enjoy. Multitudes of wildlife and information are housed within The Academy; it always makes me feel youthful, appreciative of opportunity. Beginning today and running through Valentine's Day, California Academy of Sciences will host a unique interaction between our customs, and the customary ways of African Penguins. The Penguin Valentine is an exchange of felt hearts, taken mostly by males, who in turn offer it to a female, or return to a nest with it. This loving article encourages partnership and plays a part in the construction of their nest. We are not alone in the pursuit of love and acceptance. Many walks of life feel as we do. To learn more about the penguin colony or to watch live streaming click here. These heart-felt offerings begin each day at 10:30am. Happy Valentine's Day—weekend.

eightychoices.
Posted by 80choices at 2:26 PM No comments: 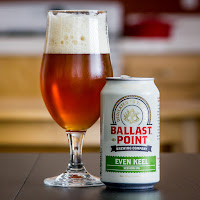 Ever wonder why more grocers don't have a tap room? Thankfully my local store does—The Garden Taproom in Community Market.

Even Keel | Ballast Point
I know Ballast Point got bought out for a ton of money. Guess what? If their products continue to be as great while under corporate ownership, I'll still drink 'em. Politics aside, the nose on this session IPA is both ornate and one-of-a-kind. It possesses a cleanliness that is not present in other sessions. This little beast is a cornucopia of malt (10 types) and hops (6 varietals). Herbs and citrus meld within this ale to create one of the better session IPAs. 3.8% | 40 IBUs

eightychoices.
Posted by 80choices at 3:34 PM No comments:

An Evening with STS9 | The Wiltern

Holy LA throw down. Sound Tribe played The Wiltern this past Saturday and inundated the crowd with their hottest show in recent memory, if not ever? Not only did they thump their own hits hard, they blasted us with a LA-centric set list. From the onset, this show felt more like a performance art piece. The stage was stripped down, minimalistic, a single sheer screen was the backdrop. STS9 was the focal point as the lighting provided atmospheric illuminations. Artistically the music and visuals created another world; the presentation was stark. Another noticeable aspect within the venue was the energy; LA was bringing it. Uninhibited is the best way to describe the roaring dance party that took place from start to finish. Everyone was going off, including the band. Alana was hyped by the crowd and Velmer was going beast mode, twice standing atop his kit. No disrespect intended, but this show showed me, that LA is where grown ups go to party. The Bay Area scene can be almost too cool, shoe-gazing and stoned, unwilling to let loose. That was not the case inside the Wiltern, there was an overwhelming feeling of camaraderie, the crowd fed the band and vice versa.

Billed as an evening with STS9, Saturday's show lifted off shortly after 9pm. "Forest Hu" opened the set and built into a ripping "Really What?" The early Really was an awesome display of instrumentation and sampling; Sector seemed to be warning its audience. They dropped their self-titled track and then drove into a trilogy. A nasty "Shock Doctrine" morphed into a grimy "F. Word," which grew into the precise snarl of "Grizzly." Next we would go to the moon with a lunar "Arigato." I love that track and was hoping to get it in The City of Angels—so thanks. Would we escape from LA? Propelling us further into orbit was the funk-drip of "Ramone & Emiglio." This fan-favorite pushed the fever pitch to a new level. As is often the case, Phipps began to tease the keys, transforming the R&E shuttle. Completing the transformation was the maddening hook of "California Love." Tupac was metaphorically, and seemingly, metaphysically in the building. Covers can do many things to an audience and this was a blast of pure positivity. They were transporting us wherever they wanted aboard their trip-hop time machine. 'California, knows how to party.' Seizing our attention before intermission, Sector beamed us back on board the R&E shuttle. The first set was in the space-books.

Many of us left the dance-ship to catch our breath and grab a cold drink. While ambling around the upper lobby I heard a fan say, 'that first set was better than anything they did in Oakland.' I'm telling you, this show was break-neck crazy, everyone was feeling it. Also worth mentioning is the absence of a curfew. Everyone knew they could get down, there was no rush against time.

Set two jettisoned us into a LA rabbit hole. The labyrinth of danceable funk that followed was epic. "Evasive Maneuvers" was the fuel that took us deeper, detouring with "Modular (improv)," before veering back into Evasive. Eventually Maneuvers warped, shifting into "Kamuy." This provided us a path to the legendary Herbie Hancock as they synthesized, "Rockit." Funk found new ground as the Herbie standard mutated back to Kamuy, before finally turning into "Vapors." It felt freeing to say the least. Time meant nothing even though much had passed. On a side note, the Rockit cover sounded eerily similar to "Axl F," the song from Beverly Hills Cop. Just saying? After a minuscule break in the action they launched into rock mode with "Hidden Hand, Hidden Fist." This Peaceblaster offering was given a little extra dose of guzzaline by way of "Killing In the Name Of." The LA vibe continued to intoxicate as they pounded out the Rage Against the Machine anthem. Mad props to Agent M for calling this one. The Rage track transitioned to a call jam before reclaiming its Hidden roots. "Scheme" kept the party moving from left to right; I was getting down and dirty on this one. Aided by Zach's annihilation of the drums and the digi-sequencing, Scheme sounded like an asteroid dance battle, later blending itself into "Frequencies 2>3." Closing the second set was a bass-a-licious "World Go Round." Sweaty, engaged and wanting one last fix, the rambunctious crowd needed an encore. Sound Tribe returned with an overwhelming "Economic Hit Man." This heavy hitting club banger tried hard to bury the crowd in danceable beats. It was superb to see the band clicking on all cylinders. Sector cooled us down with a nuanced "Pianoir," coaxing the frenzied masses outside onto Wilshire blissed-out. Alana pumped her fist into the air, Hunter bowed to the crowd, Velmer tossed his drum sticks into the audience and flung a drum skin up to the balcony. STS9 walked off into the star dust of LA, as would the rest of us.

Some closing notes: I will never miss a Sector 9 show in LA, especially at the Wiltern. This particular show raised the bar so high. My partner in crime said it best, "this show, I got it!" We've always gotten it, but this concert changed the game, all aspects of it. The scene was livelier and more diverse. The energy felt void of social inhibition. And the people were far friendlier. We were all in, from 9pm until 12:46am. Another thing, I love Uber and LA is the perfect city for it. Tom N Toms Korean coffee shop with pretzels was the perfect rallying point after dancing your ass off. I love LA.