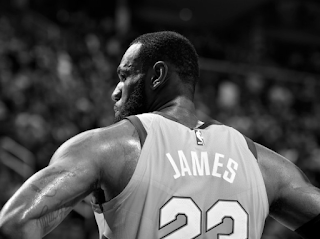 Only in the NBA |

Most of the NBA's drama is currently streaming from its two most prolific franchises, LA and Boston. Questions surrounding these teams seem to be exceeding their lofty expectations. How did we get here doesn't necessarily need an answer. Instead, we are left with speculations and projections.

Not surprisingly, the Lakers dropped another game last night. What was surprising is how little spirit they showed. Their defense is beyond bad. They allow good looking threes, interior put backs and layups, as if those aren't the most proficient shots. Their offense is stagnant at best and dead when LeBron is off the court. To say they lack shooting is an understatement. Denver on the other hand can shoot, does play hard, defends and is athletic. It's pretty obvious, defending and playing hard usually equate to good things happening. LeBron usurped Jordan for fourth on the all time scoring list with a jab-step mid range jumper. James later eclipsed Michael with a driving, lefty and-one, he even made the free throw. All of this should have been more eventful, exciting and meaningful. Instead, the Lakers lost another game in which LeBron corralled yet another milestone. Losing games in which he became the only player in the top ten of career scoring and assists has to be bittersweet. His legend is secure, his current situation is anything but...

LA drama begins and ends with LeBron due to the magnitude of his fame. But he should only have to shoulder his portion of the blame. The fallout from the trade deadline is a definite blemish. That does not excuse the front office of their misgivings leading up to opening night. They chose Lonzo over D'Angelo Russell, which looks pretty bad in hindsight. They let a 7 footer who could shoot threes and pull opposing bigs away from the basket walk. They didn't keep Julius Randle. Then they signed a group of veterans to one year deals who weren't misfits, they just missed fit.

When their season got off to a slow start; bad decisions, suspensions, injuries and a lingering trade deal only helped to compound the imperfections of a flawed team. Inexplicably LA dealt a young big man with upside when they gave away Zubac for Muscala. I wasn't a fan of it then and I'm still not. Muscala, when playing, has been shaky at best. He can't buy a three since suiting up for the purple and gold, for which he is apparently known for (could've fooled me). No one is to blame for the injuries that are still hampering any chance of continuity. Other than LeBron wanting to sign with LA, Reggie Bullock is the only real move of positive impact that Magic and Pelinka have inked. If the Lakers brass, and LeBron too for that matter, truly desire to compete for a championship, they better acknowledge that the blame is far more like a pie chart than a lone culprit.

This summer the Lakers will have around $61 million connected to seven contracts. That would leave them roughly $40 million in salary cap space to pursue upgrades. Assuming no one is dealt for a superstar; I would keep Kuzma, Ingram, Hart and maybe Wagner as a work in progress, all of whom they control on rookie deals. I'd try to trade Lonzo for shooting or interior defense. I cheer for him, but you can't have a starting point guard in today's NBA who cannot score, never mind shoot. The Lakers better do some real soul searching if they actually want to make the playoffs. Perhaps even more pressing will be their search during the off season. Who will they land? Who could they sign? Will they make a trade? Will they be in the lottery? Who's the coach? Is Tinsel Town losing its luster? 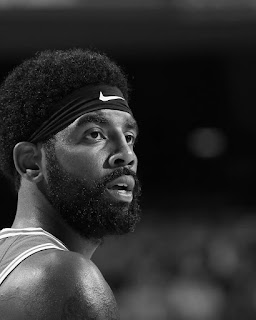 Boston drama begins and ends with this year's playoffs, either that or July 1st. Will Kyrie be wearing green and white next year? Will Gordon ever be the same? What about Horford's option? How different will their roster look next year? What the Celtics do with Irving, Rozier and Morris will define Boston moving forward. Or they could just trade everyone for Anthony Davis. One thing's for certain, the Celtics have far more questions than answers.

Are there any questions about Brad Stevens yet? Ainge apparently doesn't think so. I believe he's good, but maybe he was anointed great a bit hastily. He's most likely an upper echelon coach in the Assoc. What could be baffling for him is two fold. One, does he know how to navigate the locker room with a mercurial superstar? Maybe not yet, but I bet he's doing his best to be a Kyrie whisperer. And two, maybe he would excel even more if the vibe around the team felt more like a college team. You know, a team that rallies behind one another, trusts each other and who know their roles (like last year's playoff team). Ego can corrupt many things and yet, I don't think Coach Stevens would allow his ego to get in the way. I know he's a cool customer while in the public eye, but he's as fiery and competitive as anyone. He's too OCD about basketball to not care about what's going on. He too deserves some heat for the Celtics misgivings, but again, it's a pie chart of responsibility. It's sometimes harder to win when you're supposed to.

Nice job by the Celtics to hang the worse loss of the Kerr era on the Dark Side. They also got a glimpse of Hayward's upside in Sacramento when he hit the game winner last night. However, do two wins cure the ills of a season, maybe? I've typed it before; I believe the Celtics and the Sixers have the best shot at giving the Death Star problems. That doesn't mean either team is the best, or is playing the best, or will even represent the east. I'm of the opinion, assuming they play to their potential, that those two rosters would pose the biggest threat to Oakland. The playoffs will finish this story. The thornier question for Boston is, did their story end before it began? If a championship run is the only way the Celtics can fix this, good luck. All this and more, only in the NBA.