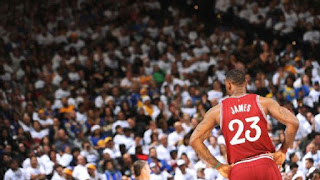 There are a few differences in the standings at this point in the NBA when compared to my predictions from before the season. Of course there is time for the current configuration of each conference to change, but who had the East with more .500 clubs than the vaunted West? Most of the prominent players coming back from injuries have stayed healthy thus far. The rookie college coaches in OKC and Chicago have shown some growth; success takes time. I think both of those clubs are primed for a trade. Speaking of success, the Dubs are straight rolling teams, while not being whole. The Spurs are insane, lock people down, and are beginning to unleash Aldridge. The East will go through Cleveland if they remain the one seed, which looks more likely now that they've begun to integrate their full roster. As far as my playoff predictions...


I'm looking a little ragged in the Eastern Conference. Three teams I predicted who'd be in, but  are currently out, are Boston (+500), Washington (right there scratching), and Milwaukee (they're going to figure it out right?). In their place stands Indiana (who I thought would battle for the 8, but have reinvented themselves), Detroit (the Jackson/Drummond pick and roll plus good D) and Orlando (young players overachieving, what's not to like?). So I'm five for eight.


In the Western Conference I owe the Dallas Mavericks an apology. I just didn't think they'd be this solid. They compete and run what they're good at. Rick Carlisle is definitely one of the best coaches in the Association. Then there's dirty Dirk, he's sixth on the scoring list! Injuries and new schemes aside, what's up with the Pelicans? Will they deal Ryan Anderson? I thought they'd take the next step, instead New Orleans looks like a lottery team. We're almost halfway there. Only in the NBA.

eightychoices.
Posted by 80choices at 8:10 AM