OREGON is Calling US 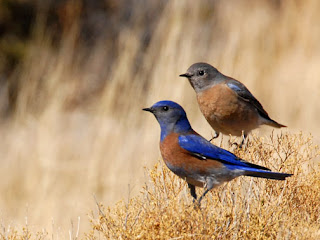 Life makes time the most valuable resource, that or fresh water. Anyhow, let me confirm my love for California. I love California, its topography, coastal climates, and geographic beauty intoxicate. I was married in California and have lived, thus far, most of my adult life there. I have a soft spot for The Bay Area, especially north of Golden Gate. Mr. Salty, Pip and Wanda were all born in California. Although Salty left the state with us on more than one occasion, the two little ladies have only known their homeland since the jump. I will always speak and think fondly of the Golden State. Now the page is turning as we migrate to a place that's been calling us for two years.

Oregon's the only Pacific state I have not called home; here we come. The sirens of the PNW sing sweetly. The massive cost of living in wine country, and the onslaught of too many people, has created less than favorable changes. With that said, our roots grew deep into the fertile soils of Sonoma County due to hard work, creativity and love. We have lifelong friends and were fortunate enough to immerse ourselves into the intricate communities of west county and beyond. My fellings are a mixture of excitement and wonderment. This transition will be greatly assisted by a growth in both personal and professional skills (knowing more about myself and what makes me tick). It also helps to have savings. I'm so good with this decision. The only chance we're taking, is whether or not we take the chance...

...to the golden hour

Oregon has been calling us and now we've committed to listening.

eightychoices.
Posted by 80choices at 7:34 PM No comments:

One of my main fixes is back, only in the NBA. This particular post will deal with predictions and a quick statement regarding some happenings around the Association. In the East I see six locks to make the playoffs (my projected 1-6). I'm going to go out on a limb (the paid pundits say they'll be terrible) and predict the Cavs will make the playoffs; leaving Detroit, Miami, and perhaps Charlotte, to win just enough games and fall into the eighth seed. The (+/-) indicates the potential to rise or fall. Miami will be well coached, they'll play hard and should make the playoffs regardless. However, the continued and tiresome Jimmy Butler ordeal could cause the Heat, not to mention the Timberwolves, to crumble or exceed expectations. Tangent: Pre-agency sagas are ridiculous. What Kyrie, Kawhi and Butler have done is the exact opposite of what a highly paid professional should do, in any field. All three are favorites of mine to watch, especially Kyrie. The major difference between them and what LeBron and KD did is cavernous. James and Durant made their own decisions as free agents. The circuses they created are entirely different, and in my opinion less soap opera-like. The two best players on the planet WERE NOT under contract when they left their previous teams. If Miami rattles their roster too much maybe the Pistons can sneak in.


First of all, the West is a gauntlet. It's likely to have multiple teams with winning records who end up missing out on the playoffs. The competition and winning percentages will be better record than the lowly squads back east, reseeding anyone? It could ultimately be a battle between four teams for the final two spots. New Orleans and Portland have the inside track in my opinion. New Orleans (+/-) could climb in the standings or dive. Should AD become the destroyer of NBA worlds that he seems capable of, his team will be a top four seed. If the Pelicans are floundering, the Brow could become the next pre-agent. Minnesota is in shambles and I'm no longer a believer in Thibs, at least they signed Towns. And sadly, San Antonio now has two young and talented players either hurt (Lonnie Walker) or injured for the season (Dejounte Murray). For the record I am not writing them off. DeRozan will help Aldridge carry the load offensively and the Spurs will do Spurs things, probably making they playoffs as they always do under Pop. I'm interested to see Spurs DeMar. The funny thing is, Dallas and Memphis are going to be better too. If my predictions hold true, the Lakers and Nuggets will take two spots, leaving teams from last year on the outside looking in.

eightychoices.
Posted by 80choices at 4:12 PM No comments:

eightychoices.
Posted by 80choices at 9:30 PM No comments: