Now that most of my brackets are totally annihilated, especially the East Region, I begin to cheer with my heart. I rally around style of play. Or, sometimes my preference is based on the type of school or coaching philosophy. Any knowledge or history with said town, city or region predictably swings nostalgia. College basketball is so pure and good, even if the play isn't as appealing for some. Pace is more of an identity, it is not an absolute. Nor are collegiate rosters as skilled as they are in the NBA. But March Madness has an unmatched magic, if only for a few weekends each year. Did you watch any of the first two rounds?

Having returned from the Golden 1 Center in Sacramento for the NCAA Tournament (I'd been once before, to attend a Kings game against the Cavs.) I can say with a clear conscience, that this is the best arena in America to watch basketball in. The Architecture and flow, the visibility and lines of sight (it's as if the building is floating), its intimacy, the amenities and technology, all top notch, new and fresh.

There are other reasons the collegiate game inspire and electrify. The bands rock during these games, out performing even the best MSG organist. These truly skilled student-musicians are hopped up on youth and adrenaline. The cheer leader squads actually encompass vast athletic skill and don't simply shake it. I'm talking back flips and brute strength; have you seen the dudes who hoist up their partners to create pyramids? There's a charm and nostalgia that is tapped deeply into the tradition, alumni and pride one has for their team making the Tournament.

Sacramento was teaming with people. The beautiful weather, St. Patrick's Day and the NCAA Tournament made for a bustling downtown. Session two was shaped by distinct styles. Cincinnati imposed their will onto the game with defense. Their physical 2-3 zone matched up, forcing Kansas State into adverse situations. At times the Bearcats would run a 5 out offense that generated good shots. Kyle Washington played really well in the win for Cincinnati.

UCLA possesses talent, plays an appealing brand of offense and gets plenty of press. I'll back all of that up. The warm ups told a story before the game even started. The Bruins were dialed in and resembled a pro team—warm ups are ridiculous when you attend an NBA game, they almost never miss a shot. I watched Lonzo Ball miss one three-pointer, in either warm up session. Ball gets really good rotation on his unorthodox Kevin Martin-esque jumper, it unfurls surprisingly quick too. His accuracy is phenomenal, his makes are all net. He's also mastered a little step back move, it's butter going left.

The flow early on was palpable. The guards for UCLA initiate offense, triggering motion and effortless ball movement. They all want to pass. Ball plays with attitude, an almost nonchalance. Kent State realized that the length and talent of the Bruins can also coalesce on the defense. Other than Alford, the top players are all long and athletic. Another revelation is the presence of Leaf, he can do work from a myriad of spots on the floor. He's heady, skilled and athletic with a soft j.

The second half proved to be too much for the Golden Flashes. Regardless of the score, I did notice moments when Lonzo played defense a bit too upright with a tendency to hop, which over commits his weight, small things he can correct. T. J. Leaf is a stud. I'm sold on him being one of the best 8-10 freshmen in the country. Ball, Leaf and Welsh went beast mode, five guys scored in double figures and the Bruins won 95-73. The NCAA tournament is at its pinnacle during the first weekend of play. March Madness is the best bang for your buck in my opinion. Enjoy the road to the Final Four.

eightychoices.
Posted by 80choices at 3:31 PM No comments:

eightychoices.
Posted by 80choices at 5:31 PM No comments: 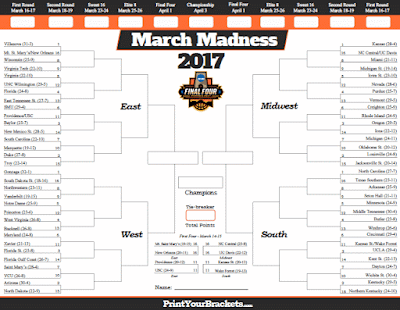 eightychoices.
Posted by 80choices at 12:32 PM No comments:

When sexy was sexy.

eightychoices.
Posted by 80choices at 9:01 AM No comments:

When psychedelia rocked and rock & roll was psychedelic.

eightychoices.
Posted by 80choices at 10:33 AM No comments: