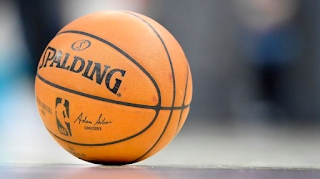 This break in the action has already impacted the season. What about seedings? The Playoffs? I feel for the teams that had legitimate shots at winning the title. Meaningless questions really, when there's so much more to worry about. I hope everyone is as precautious as possible. We should all do our best to be safe. I realize sports is just one of many entities undergoing drastic measures to promote well being. With so much on our minds, sometimes a little escapism is okay. The NBA season is suspended yet my mind still gravitates toward hoops. Now the rest of the story.

Milwaukee was first in the east, but Giannis did suffer a minor knee sprain in the loss to the Lakers? Additional time away would obviously assist his recovery. Any extended break, especially one set to last at least thirty days, or longer, will surely disrupt team flow and continuity. Not just for the Bucks, but for all teams that were vying for the playoffs.

Toronto was second in the east. They, along with the Celtics and Heat, looked primed to challenge for eastern supremacy. Do the Sixers still matter? Sadly, injuries are again derailing success in Philly. Maybe this break will help them heal too. But will any of this even matter? Will the season be restored?

The west was still best. The top seven teams all had at least 40 wins. Two through seven would've been jockeying for position down the stretch. Only four games separated the six teams behind the Lakers in the win column. The six and seven seeds would be Houston and Dallas. Who wants to play either of them in the first round? No one, that's who. That Texas two-step could easily kickstart the playoffs with an upset. Some franchises will be extremely disappointed with first round exits. If there is a first round?

LA looked legit, especially when locked in. They're so physical and long. LeBron's orchestration of the offense bordered near unstoppable, while Davis anchored the defense. Their economy of movement has been fully weaponized. The Lakers had won 13 of their past 17 games. During that stretch they beat Denver, Boston, New Orleans twice, Philly, Milwaukee and Los Angeles. AD exploded for 97 points to go along with 29 rebound in consecutive wins over the Sixers, Bucks and Clippers. LeBron put up 87 and dropped 31 dimes in those same victories, outplaying both Giannis and Kawhi.

Davis and James were gathering some serious steam. Damn. Hopefully this break doesn't break up more than the action. I'm truly bummed for this team considering all that they've endured. They'd proven themselves to be true favorites for the title. How many more years does LeBron have to be the linchpin in pursuing a championship? The Lakers may have been robbed of this season mored than anyone else. As LeBron battles opponents and father time, I believe he has fuel to feed his flames. 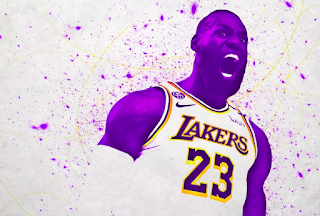 LeBron also has a knack for racking up wins against other number one picks. He added two more this year when facing Zion. This generation should savor cutting their teeth against the crown. James is the planetary force of the NBA, the rest are whirring in his orbit. Zion could be next, he's definitely been impressive. But let me be clear, Ja Morant is the Rookie of the Year. He's been an energetic force, fearless and competitive, over a longer stretch of time. He even swiped a win from LeBron. If you come at the king, you best not miss.

Here's to hoping that the king and his men, and all the king's opponents, get their chance on the court. It would be a considerable disappointment if the season were lost entirely. Current circumstances may force us all into missing out on something special. As large social gatherings become forbidden and social distancing is expected, I'm not sure what to expect. But one thing's for sure, I miss basketball.