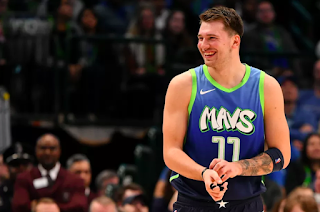 Spicy Nugs are still available in the NBA. Certain players have been on fire; Dončić, Dame, Giannis, AD and LeBron. Other squads will soon decide on whether or not to tinker with the recipe. Secrets will be shared and trades will be made. What will teams do as the trade date approaches?

Spicy Nuggets (aka hot takes)
1. Luka Lone Star is the best young star. He already shoots and passes better than Giannis, and he's younger than any other guy you'd build around. Luka sees plays and makes passes on an elite level, reminiscent of LeBron. It's one thing to see a pass and another thing to make it. It's an entirely different pass altogether when delivered on time and on target. Hell, only a few players in the league can even make those type of reads and he's one of them. Not only does he make plays, he makes other players better.

2. Milwaukee's the best team in the east, but I'm not confident they make The Finals. Giannis is relying on his physical tools. His numbers are even more insane than last year. He may still need to refine his skills (i.e. dribble, pass, shoot), but Giannis dominates like a young Shaq who can handle the ball. Antetokounmpo undoubtedly has that killer mentality. His infectious pursuit, limitless effort and transcendent ability courses through the rest of the roster. The Bucks play extremely hard. He rubs off on them. They don't want to let him down. Their style of play doesn't tend to translate in the playoffs. Giannis probably still needs help, or maybe he doesn't. Could the Bucks make a trade without pissing off Antetokounmpo?

3. The Blazers make a big trade. Whiteside, and sadly Bazemore, are the obvious choices with their salaries and expiring contracts. But what if the front office gets real spicy and explores the market for CJ? They should call Cleveland for Thompson, not Love. Then they should call Minnesota and ask about Covington. Maybe target Gordon in Orlando. Let me be clear, I'd prefer to keep CJ. However, if the Blazers could truly get better, I'd contemplate moving him.

CJ, Bazemore and Whiteside have salaries that total $71.5 million. For that much money anything is possible within the NBA trade world. To put that into perspective, Aaron Gordon, Robert Covington and Tristan Thompson total $50 million. Portland could trade Bazemore for Gordon straight up, the money matches. Another scenario could net the Blazers Thompson and Cedi Osman in exchange for Whiteside. Or they could try to pry Covington from Minnesota. The front office in Portland needs to explore deeper than Love and Aldridge. Everyone mentions those two players, though neither are what they need. They blew up their roster this summer, they could reset it again before the trade deadline.

Another option is for the Trailblazers to go small as I've noted before. Little should start due to his energy and size on defense. He literally flies around. Simons needs to get more run too. I want the coaching staff to get creative on offense and potentially make some hard choices in terms of their defensive schemes as well. Rip City could benefit from a shot in the arm. Portland has nine wins in large part because they have Dame. Unleash a lineup of Lillard, McCollum, Little, Melo and Simons. When they need a big call upon Skal. Run opponents into the ground and battle on defense with a more switch heavy scheme. Nurkić and Collins are obviously missed, and now Hood (DAMN). May the Force be with you.

4. For as much as Ben Simmons can do, he can't shoot. At all. For someone so athletic he looks uncoordinated. His game has remained too raw for too long. He's not a max guy. I'm less inclined to care about his plus/minus regardless of what those numbers suggest. Watch the game. Philly better come to grips with the fact that Simmons and Embiid are far from being a harmonious fit.

5. Jaylen Brown > Jason Tatum. Jaylen has a higher on-court-IQ and a better feel for the game. He also has more internal grit and fire. As the rest of the NBA gushes over Tatum's potential, I'll ride with Brown. He appears less burdened by distractions. After all, he's an incredibly smart chess player who has his ego in check. 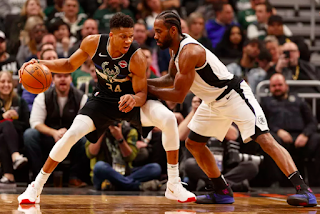