Back in the spring of 2010, stencils from the stealth street artist Banksy were springing to life in San Francisco. Some looked at this happening as another form of glorified vandalism, others viewed them with acceptance. To have so many of his pieces scattered throughout the City may have made other urban art meccas jealous. It takes an open mind to appreciate progressive points of view. One could reflect, and thus suggest, that the Sistine Chapel, with all of its architectural and artistic grandeur, stimulated modern culture toward graffiti, street art, or free art. Pristine ideals and class structure may have allowed for the frescoes of Michelangelo to become a reality, yet any person could look up while attending mass and be awestruck by the immense genius of a renaissance master. Anyone could be inspired by his art, his interpretation, his social dialogue. Akin to the power of the earliest drawings from mankind. I'm not trying to wage a war comparing fine art to graffiti or hieroglyphics, rather, I'm trying to suggest that art, no matter its form, is more potent when it can be seen by everyone. The more people who view it, the more who will care enough to look beyond, perhaps acknowledging all of its potential. You don't have to like it, but you should try to digest it. Art of all types hang from the walls of museums, galleries and private homes — viewed with applause or criticism. But art that is open to the masses will help to create the next artist or movement. Here's to going out and absorbing the graffiti/art of Banksy in San Francisco. Originally there were six stencils in SF leading up to his documentary, Exit through the Gift Shop. If interested in touring the streets to peep some art, start here. 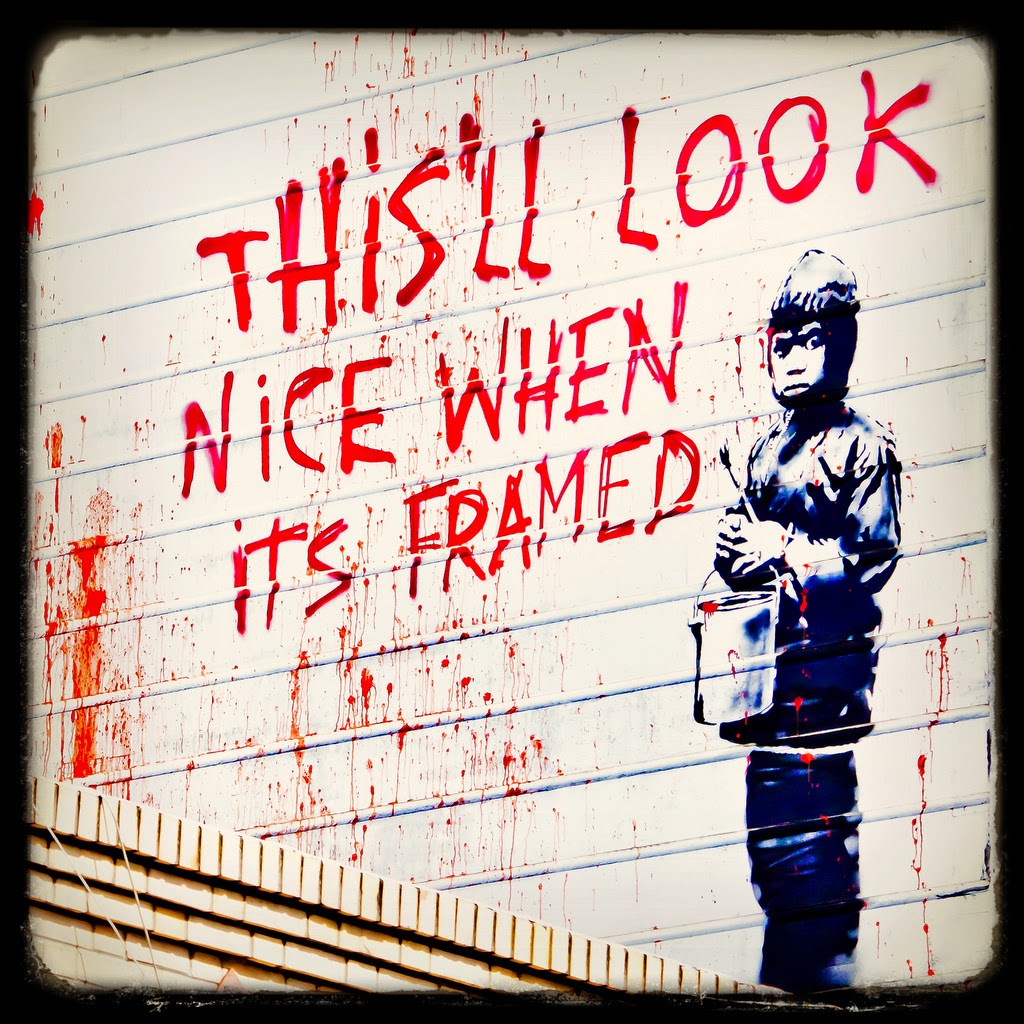 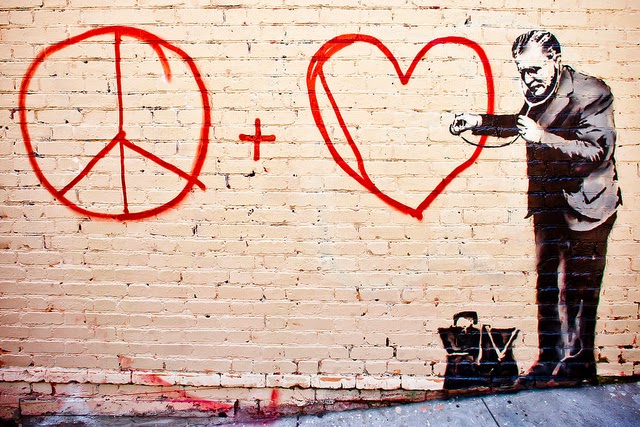 eightychoices.
Posted by 80choices at 5:11 PM