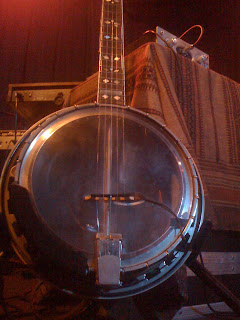 new monsoon...
this sf based band treated those in attendance at the hopmonk on friday to a whale of a show. not only did they play their own material with style & professionalism, they also threw down on some great covers. the "hot 'lanta", originally by the alllman brothers, was steamy. the drummer was spot on during his solo. and "don't do it", branded by The Band, sounded flawless. they did such a good job of playing with soul & skill. check them out, they're on tour.